12 months ago today I had my surgery at St Georges Hospital to replace my Aortic valve with an ATS open pivot mechanical valve as well as a graft to replace a section of my ascending Aorta.
It was a two year wait for me from diagnosis to surgery. Without any symptoms it was a matter of being screened every 6 months to measure the size of the aneurysm (started at 4.7cm) and the function of the heart.
In August 2011 I had two spontaneous pneumothorax's (collapsed lung) one after the other but because of the risk of the underlying condition with my heart and aortic aneurysm the thoracic surgeons would not operate on the lung. After several weeks in hospital, with a chest drain in my side, the combined surgical teams decided to bring forward the heart operation (the aneurysm was now 5.4cm) and to do the procedure on the lung at the same time.  The surgery date was fixed for a few days time and I underwent the CT scan and angiogram in preparation. Two days before the operation I started to run a fever and after blood tests they identified an infection that had got into the chest drain site and infected the chest and lung. The operation was called off and after a course of very strong antibiotics administered intravenously I was given some oral antibiotics and sent home to get rid of the infection. It was a 3 week wait before I was called back for the surgery.
On the afternoon of the 5th October I was admitted to St Georges and went through all the pre-op procedures and met the surgeon - Professor Jahangiri.  The operation was planned for 08:30 the following day - 6th October.
I didn't sleep very much and was woken early in the morning to have my shower with the special antibacterial scrub.
I was taken on a trolley into the anaesthetic room where I had the various lines put in and then into the operating theatre.  After a few seconds I was asleep.
The operation finished at 12:45 when I was moved to ICU.  I was kept asleep until 16:45 when I woke up with my wife and family around me. It was difficult to talk with the tube in my throat so I just gave them a thumbs up to show that everything was all OK.  5 days later I was being discharged from hospital with a bag full of drugs. The staff at St Georges were all fantastic throughout my stay but being back in my own bed that first night felt like pure luxury - hospitals are not places to get a good sleep unfortunately.
The noise of the valve was not as bad as I was expecting - apparently the ATS open pivot valve is one of the quietest - but it still took a little while to get use to the noise and the sensation of the heart beating.
I was off work for 3 months in total as my company occupational health doctor would not allow me to go back sooner. I was walking more and more every day to build up my fitness as well as the all important cardiac rehabilitation classes.  The cardiac nurses and physiotherapists running the scheme were brilliant and really helped me get back to full fitness in a short space of time.
Getting back to work was a great feeling as it was a real landmark in my recovery - getting back to normality.
I picked up a golf club again after 4 months and after a few tentative sessions down the driving range I played my first round of golf after 5 months - another milestone I had set myself.
My INR and Warfarin doses took a while to get stable at first. As I started to exercise more and when I returned to work my body seemed to process the Warfarin more quickly, so the dose gradually increased.  It did finally settle down and other than one blip, when I was on holiday, has remained stable for the last 7 months.
I have been testing my INR's at home since December 2011 using a CoaguCheck XS - much better than having to go to the clinic every few weeks to get tested.
So one year on - the scar on my chest is barely visible now and I am pretty much back to doing everything I did prior to the operation. The only reminder is the daily warfarin alarm on my phone - which is a small price to pay for being fit and healthy.
For those of you that are awaiting your surgery - it may not seem like it but the wait is the worst part of the whole process, so keep your chin up and focus on the positive outcome.  If I look back over the last 12 months I realise how far I have come and how resilient the human body can be -  with the help of family, friends, the hospital staff and this forum of course.
Thanks to everyone that has helped me along this journey - I am stronger for it !

Comment by nic nic on October 14, 2012 at 15:17
Hi John
With some dellay i want to send you my best wishes on your operation aniversary.

All the best
Nicolae

Happy 1st Anniversary, thanks for the posting it was great to read your story and I'm very glad you are so much better now.

Wow what a rough time of it you had before the operation. It must have felt like you was never going to get better or even have the op.

Well what a dfference 12 months can make. You have made  progress and definately makes me feel alot better about having the op.

Thanks again for your support and reading your story! 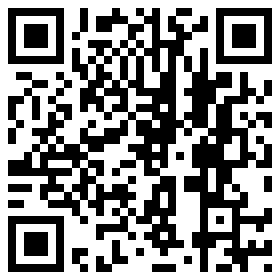